the life and writing of K.UNGEHEUER

"My life as written here reminds me of those dot to dot picture games given to children. Each dot represents merely a single point of an arc or fold. The final picture is a jagged representation of an image lacking color or texture. It is enough to make a child squeal and an adult squint."
- K. Ungeheuer : Journal entry 12.November.1952

K. Ungeheuer was born on December 20, 1908, in Berlin, Germany. His mother was Vera Schultz who had been raised in the well-to-do Schultz family. She ran away from home at age 17 to marry a factory manager named Christo Ungeheuer, whom she had met while vacationing in Nuremberg. Ungeheuer was born just barely a year after the couple exchanged rings. He was named Karl Ungeheuer after Christo's older brother. Two months later, however, Christo and his brother had a violent falling out during which Christo lost a finger from his left hand. As a result, Christo has his son's name legally shortened to its first initial. For the rest of his life, K. Ungeheuer celebrated his birthday not on the day he was born, but on the day K. Ungeheuer was born: February 23.

Whether it was due to the pressures of the domestic life or patriotism, Christo decided to leave his young family and volunteered to fight in World War I. It was there that he was killed in 1917 during the bloody Third Battle of Ypres. The widow, still young and beautiful, cut the only tie to responsibility she had left. She sent 10-year old K. Ungeheuer to live with her brother, Willem Schultz. Although a bachelor, Willem made quite a healthy living in publishing. He was quite involved in the avant-garde, especially with Richard Huelsenbeck and the Berlin Dada movement. 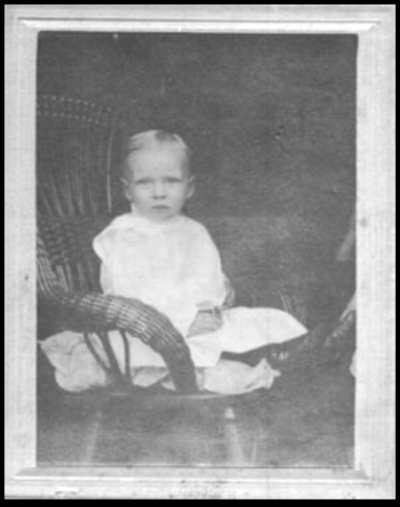 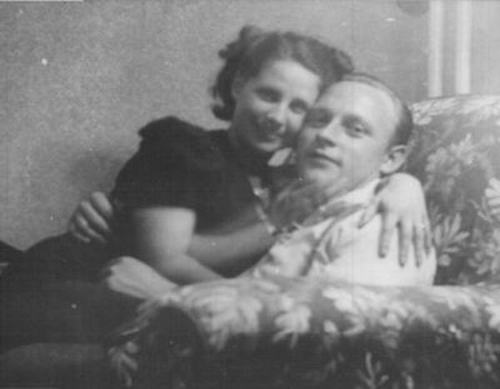 Inge and K., 1933
(Ungeheuer loved this picture since, due to the long exposure of the shot, it appears as if Inge has three arms)

There in Berlin in 1918 the Dada movement had just reached full blossom and it was in this scene and the "Golden Twenties" that the young Ungeheuer was immersed. Ungeheuer became something of a mascot for his Uncle and his friends, and they gave him the good-natured nickname (and perhaps occasionally not so good-natured) "kleine Kakerlake" or "little cockroach". They encouraged the young boy to paint, draw, and write and they would critique his works over coffee in the same way they would discuss each other's. At the Erste Internationale Dada-Messe, the young and uninhibited Ungeheuer's opinion ruled the show. His education included trips to exhibitions in Zurich and Köln. In 1926, Ungeheuer published his first work, The Strength of Love in Babel, in Kurt Schwitter's journal Merz. He had also started work on his first book, a collection of his short prose, Dein Gesicht ist Meine Geschichte [Your Face is My Story].

The following year started with the first and only exhibition of his collage/woodcuts at Die Steinern Maus. The showing was a tragedy and may account for why Ungeheuer never attempted a public display of his artwork after the experience.

Ungeheuer met Inge Fischer through mutual friends in 1929. They married later that year and were practically inseparable until Inge's death in the early 1970's. In 1931 the publication of Dein Gesicht ist Meine Geschichte was held up for political reasons. Inge and K. vacationed in Paris with intentions of moving there permanently but returned to Berlin four months later disillusioned by the politics that had engulfed the artists there. Unwilling to join the Surrealists, K. writes of this time, "I am tired of artists that don't paint and authors that don't write."

K. and Inge finally left Berlin in 1933, as Hitler's Brownshirts took over the city. They moved to Lisbon, Portugal where Inge has relations. Exile in Portugal separated Ungeheuer from his friends in the publishing world. Even though he continues writing regularly, he ceases publishing by the mid '30's.

Ungeheuer earned a living in Portugal teaching mathematics. He also developed his Numerolingual theory, exploring the relationship between math and language. In 1950 an old friend of Willem Schultz tracked K. down to request the manuscript to Dein Gesicht ist Meine Geschichte. It was published in Germany in 1951, 20 years after its original date for publication.

In 1958 K. and Inge followed acquaintances from Lisbon to New York City. Ungeheuer met Jacob Marsteen there in 1964. Marsteen ran a small magazine called The 10 cent Gutenberg (it cost only five cents). He was also a very enthusiastic fan of this practically unheard of author. Through Marsteen's influence Ungeheuer started publishing again. Although he could speak and write in German, English, Portuguese, and Spanish, he insisted on writing entirely in German. Through management provided by Marsteen, Die Kunst des Mittelalters [The Art of the Middle Ages] is released in 1967.

Jacob Marsteen drowned in 1972 at a weekend party in Connecticut. The last Ungeheuer story to be published, The Effect of the Thorns of Country Flowers, was sent out two days after the funeral. He never published again during his life, though he continued to write regularly.

Inge died in her sleep on the 3rd of April, 1974. Within two years Ungeheuer had lost his two closest friends. Compounding this loss, Ungeheuer was questioned by the police with possible complicity in Inge's death. Ungeheuer disappeared for close to two years. 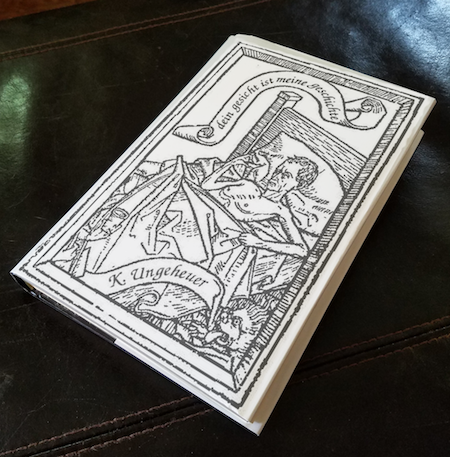 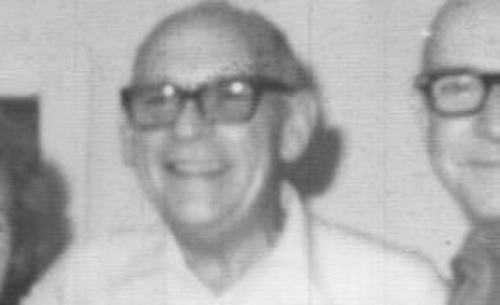 K. at the reception party of his induction to the Gesellschaft Deutsche Autoren, 1979

By 1976 Ungeheuer had resurfaced in New York City. In 1979 Ungeheuer returned to Germany for the first time since his exile to receive admittance into the Gesellschaft Deutsche Autoren. A mix-up left Ungeheuer with no place to stay his last night there. Luckily the owner of a local Italian restaurant let him stay the night in the dining room there

Ungeheuer was killed on the 13 of July in 1988. He was struck down while crossing 2nd Avenue at 14th by a cab running a red light. The cab driver was never caught. 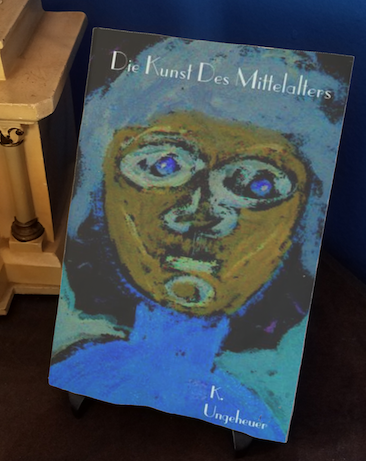 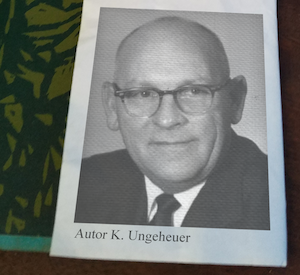 The author's photo from the same book