the life and writing of K.UNGEHEUER

"The dividing line between the action of language and the process of math is largely an illusion. Language, both written and spoken, necessarily uses the laws of mathematics, while the flow of a mathematical statement is the very definition of poetry."
- K. Ungeheuer : Interview with Jacob Marsteen 28.December.1966

During his years in Portugal Ungeheuer spent his days as a math teacher and many evenings fine-tuning his theory of numerolinguistics. The theory was a merging of linguistics and math. Unfortunately, not much is known about the actual inner workings of the method anymore. Although references and descriptions of numerolinguistics litter Ungeheuer's notes, the bulk of our current knowledge comes from just two now out of print magazine articles. There is no complete account of the process.

It's important to note that a good deal of research has been done linking language to mathematics. Many semiotic and semantic theories conclude that language does indeed follow mathematical logic. Coders and cryptographers have been translating text to numbers and back again for centuries. The very passage you read on your screen has gone through the same conversion of letters to numbers and back to letters again inside your computer. 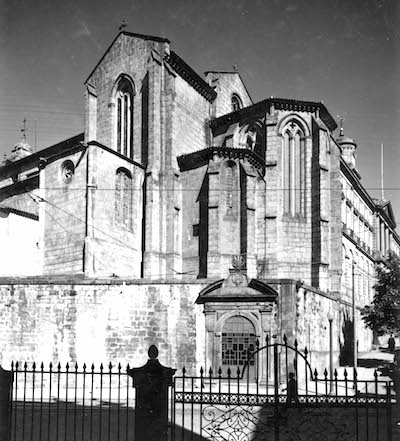 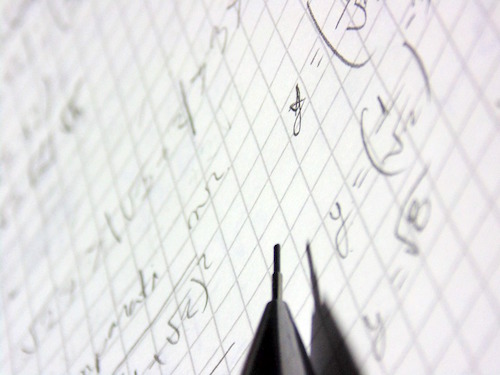 The Numerolinguistic theory works on a low level of likenesses (Ungeheuer would often substitute the numbers 0, 1, and 5 for the letters o, l, and s) as well as on a higher level of concepts. Eventually the process translates complex sentences into logical mathematical equations, and vice versa.

As might be expected, it is at the high level of conceptual translation that the theory becomes most complex. The biggest problem is the problem of context. The word flower may mean something beautiful to one person, but it may bring thoughts of allergies to another. On the other hand, the number 23 means basically the same thing to everyone. The end result was that two people could translate the same sentence and get two entirely different math equations. Does this make the entire process ambiguous? Not at all, according to Dr. Steven Emmett, Professor of Statistics at the Newport Universitat and close friend of Mr. Ungeheuer.

"It's a form of structured automatism really, the allowing of your subconscious to create, unfiltered by the conscious mind. You might compare it to Tristan Tzara's cut-ups or Breton's automatism, but there are rules and not everything is left to chance. You also never had an idea of how the sentence would turn out, so the mental surprise at the result is no different from other artistic methods of automatism. It is entirely dependent on the mathematical choices you make. The theory rests on the idea that those mathematical decisions that made are more abstract to the human mind than symbolic choices using language or pictures. Mathematical decisions rest upon natural laws, not human invention. The idea was that mathematical abstractions resides at a low level in the subconscious and therefore provides a clearer picture of what goes on there.

"The first I had heard of the theory was as an undergraduate. It was published in a literary magazine and gained a cult following as a paramathematical novelty. The students got into it with a passion. We used to have competitions, poetry readings really, where we would compare Aspect Poems with the English Department. We always came out on top. They weren't creative enough with their math. Even though the process focused on language, without a solid base in mathematics, you couldn't get a good poem. We had one guy in our department who retranslated the entire Bhagavad Gita into a series of Aspect Sentences. It was pretty crazy. I still use the process for brainstorming or passing the time."

The Numerolingual Process is the practical application of the Numerolingual theory as developed by K. Ungeheuer, Professor of Mathematics at the Technical University of Lisbon. Through using the Process, a coherent sentence can be translated into a mathematical equation, and vice versa. The process usually involves two steps - the Ascending Transition and the Aspect Transition.

The Ascending Transition, also known simply as Ascending, begins with an Originating Sentence (the OS), which is broken down into a sentence diagram. The OS then undergoes degrees of Dissolution into its mathematical components. The number of stages involved in Ascending depends upon the complexity of the OS. But three stages are almost always present - the Subject, Action, and Object Dissolutions. Transitional Numbers are a byproduct of these stages of Dissolution. Transitional Numbers are numbers which jump cells or are put aside for usage in the Aspect Transition. The Ascending produces the ME, or Mathematical Equivalent.

The Aspect Transition, popularly known as Asping, begins with the ME. Then using Transportational Numbers passed on from Ascending, the ME is processed back into a coherent sentence, known as the Aspect Sentence (AS). The AS, when paired with the OS, provides a logical context for the Originating Sentence, and gives a deeper understanding of the OS. The process involves Solidification of the mathematical components of the ME back into sentence fragments. Again, three stages are almost always present - the Subject, Action, and Object Solidifications.

The writing out line-by-line of each step of both the Ascending and Asping Transitions produces a Process Poem with three titles, the OS at the beginning, the ME in the middle, and the AS at the end, with two poetic bodies filling the space between. The creation of many Aspect Sentences creates an Aspect Poem. With the OS as its title, the body of the poem is created with multiple Aspect Poems and reveals truths about its OS title. 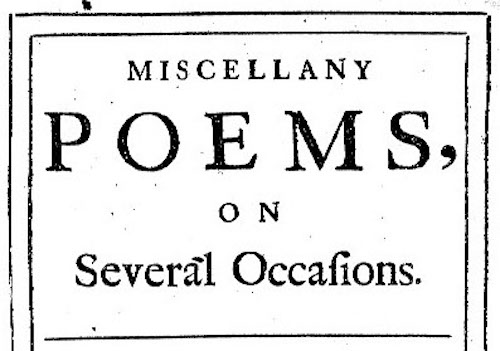 Example of a Process Poem using an OS of "That dog has fleas."


Example of an Aspect Poem using an OS of "That dog has fleas."

That Dog Has Fleas.
Your head weighs very little.
It eats wax fruit.
The fur tastes bitter.
When will its mother cry?
Your jewelry is wrong.
That dog bites you.